Best and brightest recognised at 2013 NSW Science and Engineering Awards 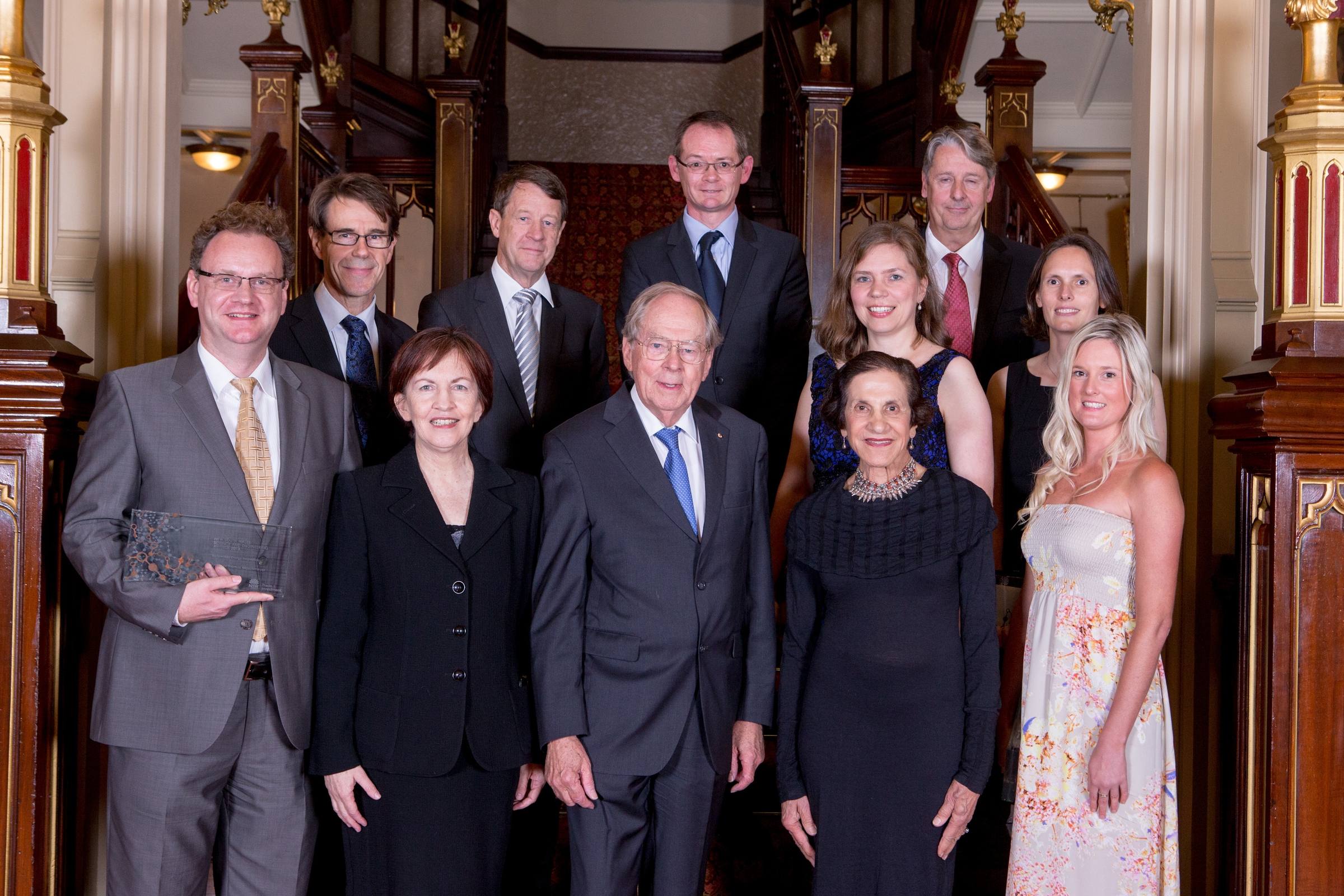 The state's best and brightest have been recognised at the 2013 NSW Science & Engineering Awards in Sydney tonight.

Laureate Professor Graeme Jameson AO, from the University of Newcastle, was named NSW Scientist of the Year for his trailblazing work in the field of floatation technologies.

His creation, the Jameson Cell, has redefined mineral processing – with mining companies in 25 countries now using the radically-different technology to separate valuable minerals from host rock.

The Cell adds more than $3 billion in minerals exports to the Australian economy annually.

Trophies were handed out in eight categories during an awards ceremony at Government House, Sydney, which was attended by NSW Governor, Her Excellency Marie Bashir AC CVO, and NSW Chief Scientist and Engineer, Professor Mary O'Kane.

For the first time in the Awards' six-year history, a husband and wife, Professor Justin Gooding and Professor Katharina Gaus, were among the prize winners.

Professor Gooding received the award for Emerging Research for his outstanding contribution to the evolving field of surface chemistry, while Professor Gaus collected the prize for Excellence in Biological Sciences.

Teacher Nicolette Hilton from Uralla Central School, south of Armidale, in the state's New England region, was rewarded for her Innovation in Science and Mathematics Education.

Nicolette has worked with NASA to develop cross-curricular learning activities and programs, which she has not only used to assist and engage her own students in science and mathematics but shared with her fellow educators both nationally and internationally.

Professor O'Kane has praised all the award winners.

"We had a great response to our call for nominations across all the award categories and it is truly wonderful to see the high standard of work being undertaken across the sciences, not only in terms of research but also the teaching of science and mathematics to our young people," Professor O'Kane said.

"Not only do I want to congratulate our 2013 NSW Scientist of the Year, Graeme Jameson, and all our category winners, I would also like to thank all of the other nominees for the brilliant work they have been doing to make this state a great research and innovation hub."

Professor Jameson received $55,000 in prize money for taking out the top gong.

The eight category winners, who each received $5000, were: 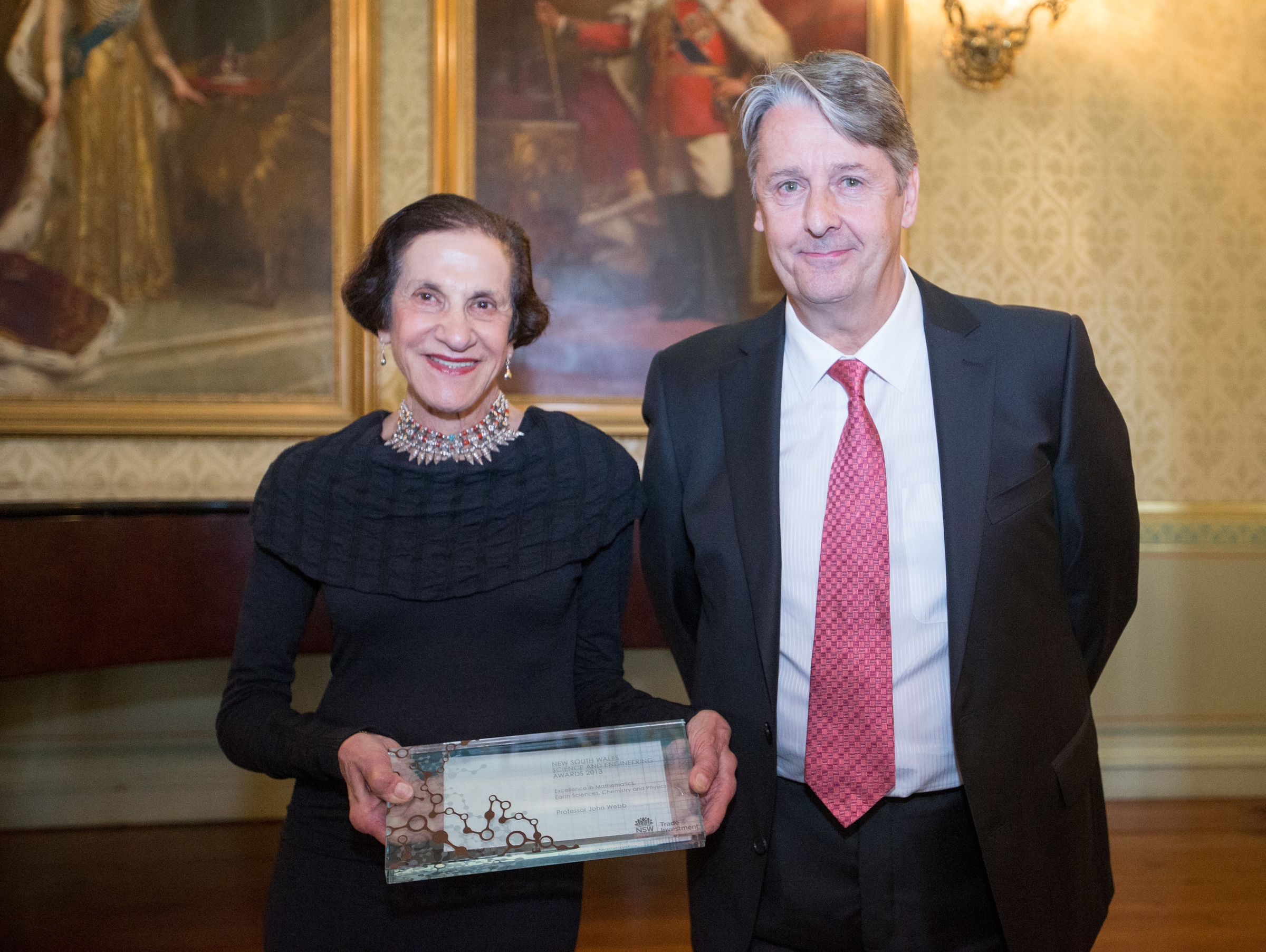 This research spans the boundary between fundamental physics and astronomy, studying how the universe has evolved over the 14 billion years since its birth.

Professor John Webb and his UNSW team are finding out whether the laws of Nature measured on Earth are the same everywhere in the universe, and whether they have been constant for all time.

If they have changed with either location or time, why? If they have not, why not? These questions underpin our basic understanding of physics and their answers will provide the next step in understanding space, time, and the origin and evolution of the universe.

Using the world's best observatories, the first hints have emerged that one of the four fundamental forces, electromagnetism, varies slightly across the universe. If so, existing theories will need radical overhaul.

Whether confirmed or not, the new measurements provide the best guide yet on an ultimate "theory of everything". 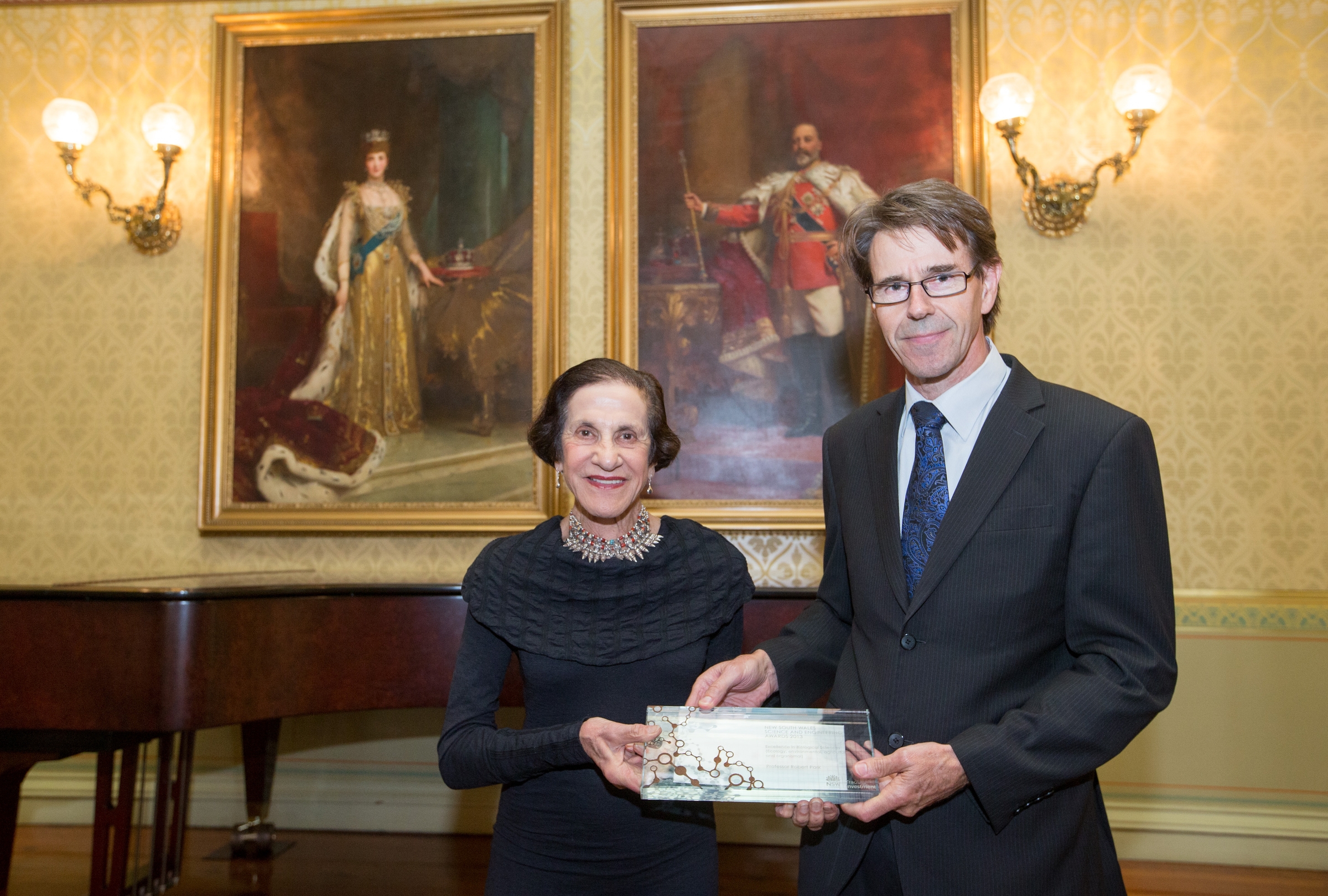 Professor Robert Park is an international leader in plant pathology and genetics, focusing on rust fungi infecting crop plants in agriculture. He has made major contributions to the global effort to control these diseases, especially in cereal rusts.

Working across a number of related areas to combat rusts, Professor Park has made crucial research findings in the genetics of resistance (including classical, molecular and cytogenetics), pathogenic and molecular variability in rust pathogens, and functional genomics of host-pathogen interactions.

By helping to safeguard the world's primary cereal crops, Professor Park is making an enormous contribution to national and global food security, the economic viability of agricultural production, and the ecologically sustainable use of NSW's and Australia's natural resources. 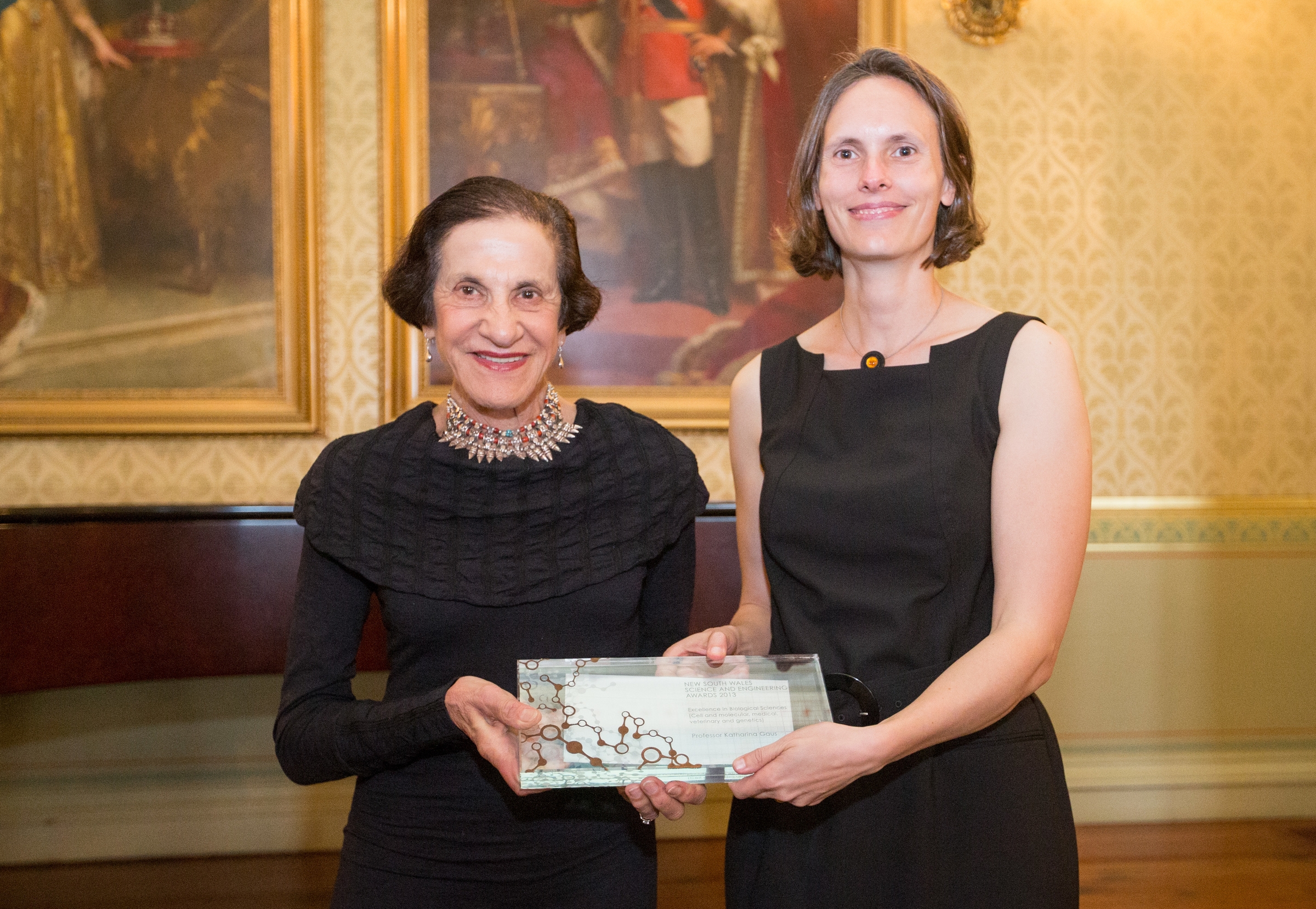 Professor Katharina Gaus is an international leader in the field of cellular immunology and molecular microscopy.

The overarching objective of her research has been to gain a mechanistic understanding of the organisation of the cell (plasma) membrane; specifically, the role of membrane domains in signal transduction (relay) of T lymphocytes (white blood cells that play a central role in cell-mediated immunity).

To do so, she has pioneered fluorescence microscopy approaches to examine and quantify T-cell signalling on a single molecule level (so-called 'superresolution microscopy') in living cells.

Her unique contribution has been to use this highly novel microscopy approach to define the molecular mechanisms that regulate the temporal and spatial organisation of lymphocyte signalling.

Her research has provided the first evidence for lipids being linked to T-cell activation on a molecular and functional level, and may explain why immune function is compromised in obese people. 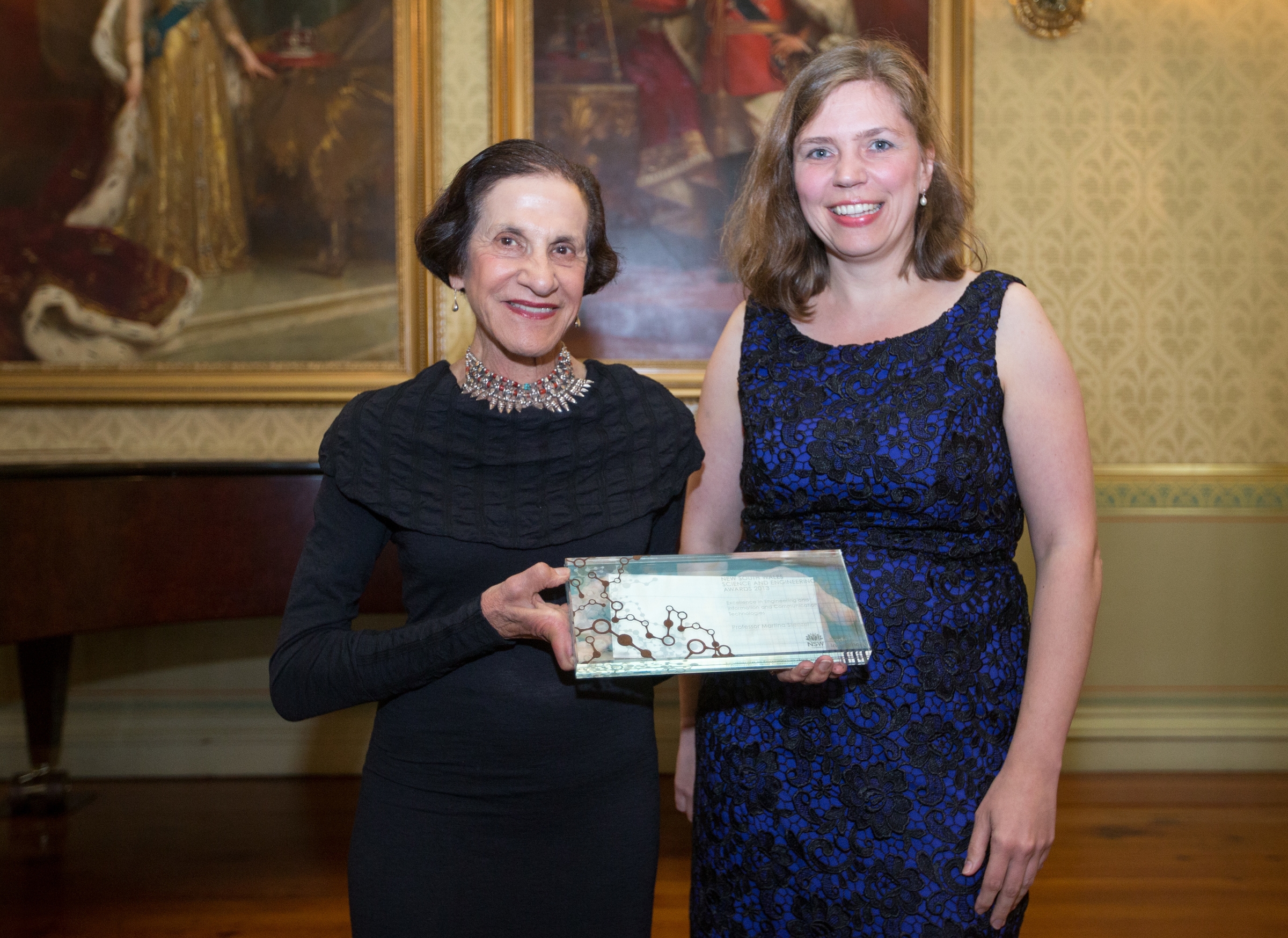 Excellence in Engineering and Information and Communications Technologies

Professor Martina Stenzel is an established authority in the area of polymer-based nanoparticles which are used for the treatment of cancer.

These nanoparticles are truly tiny, being only 20–100 nanometres in size; as small as a virus.

The aim of Martina's research has been to 'package' drugs, especially chemotherapeutics, inside nanoparticles for targeted delivery to the tumor site in cancer patients. She uses the latest developments in polymer science to design nanoparticles that have been both 'tailored' for specific drugs and 'mimic' the behaviour of natural carriers, such as viruses.

The world-class innovation in Martina's research is clearly demonstrated by her ability to create 'smart particles'.

These particles are stable and unchanged as they circulate in the blood stream, but when they reach the tumor site they are triggered to release their drug payload in a 'burst-like' fashion; maximising exposure to cancer cells whilst minimising exposure to healthy cells. Professor Justin Gooding, ARC Australian Professional Fellow, has made outstanding contributions to the emerging field of surface chemistry, especially as it relates to the development of cutting-edge chemical and bio-sensors.

Sensors are now realising their enormous potential to revolutionise the way we gain knowledge about our chemical environments, with major implications for medicine, environmental science, defence and security.

We see this every day in the blood glucose biosensors that have dramatically improved the lives of diabetics and reduced the long-term impacts of diabetes.

As published for the first time in the last five years, Professor Godding has made major fundamental and applied contributions to the field of interfacial science, with a body of work focused on the development of highly novel chemical and bio-sensors.

Utilising his expertise in surface chemistry, Gooding has stimulated a paradigm shift in sensor research through the design and fabrication of sensing interfaces with molecular level control. 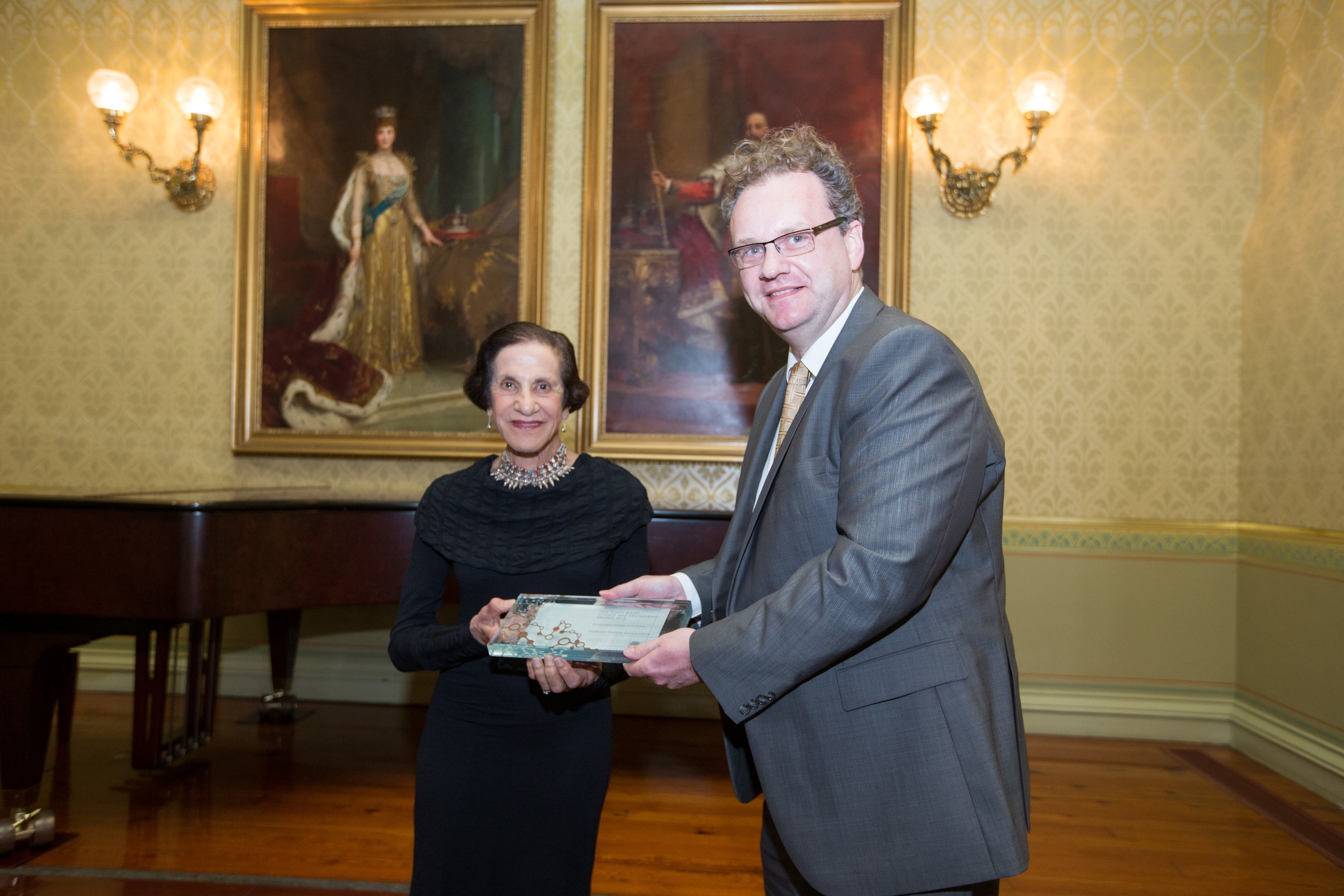 Professor Maschmeyer's research is characterised by the intimate connection between cutting edge fundamental research of the highest international standard and the development and commercialisation of technological solutions to some of the greatest challenges of our lives – energy supply and security; the provision of chemicals and materials to enhance our standard of living; and the mitigation of greenhouse gas emissions through the innovative exploitation of novel carbon feedstocks.

His research into the conversion of renewable resources into chemicals, pharmaceuticals and fuels, and the remediation of waste water streams, treatment of algal blooms, power station effluent etc, has resulted not only in significant scientific advances, but also in the establishment of two companies in New South Wales with a combined value exceeding $300 million – providing employment, economic development and a more sustainable future for our region, and attracting interest and participation from Norske Skog, Exxon Mobil, Energy Australia, Boeing, Virgin Air and GE. 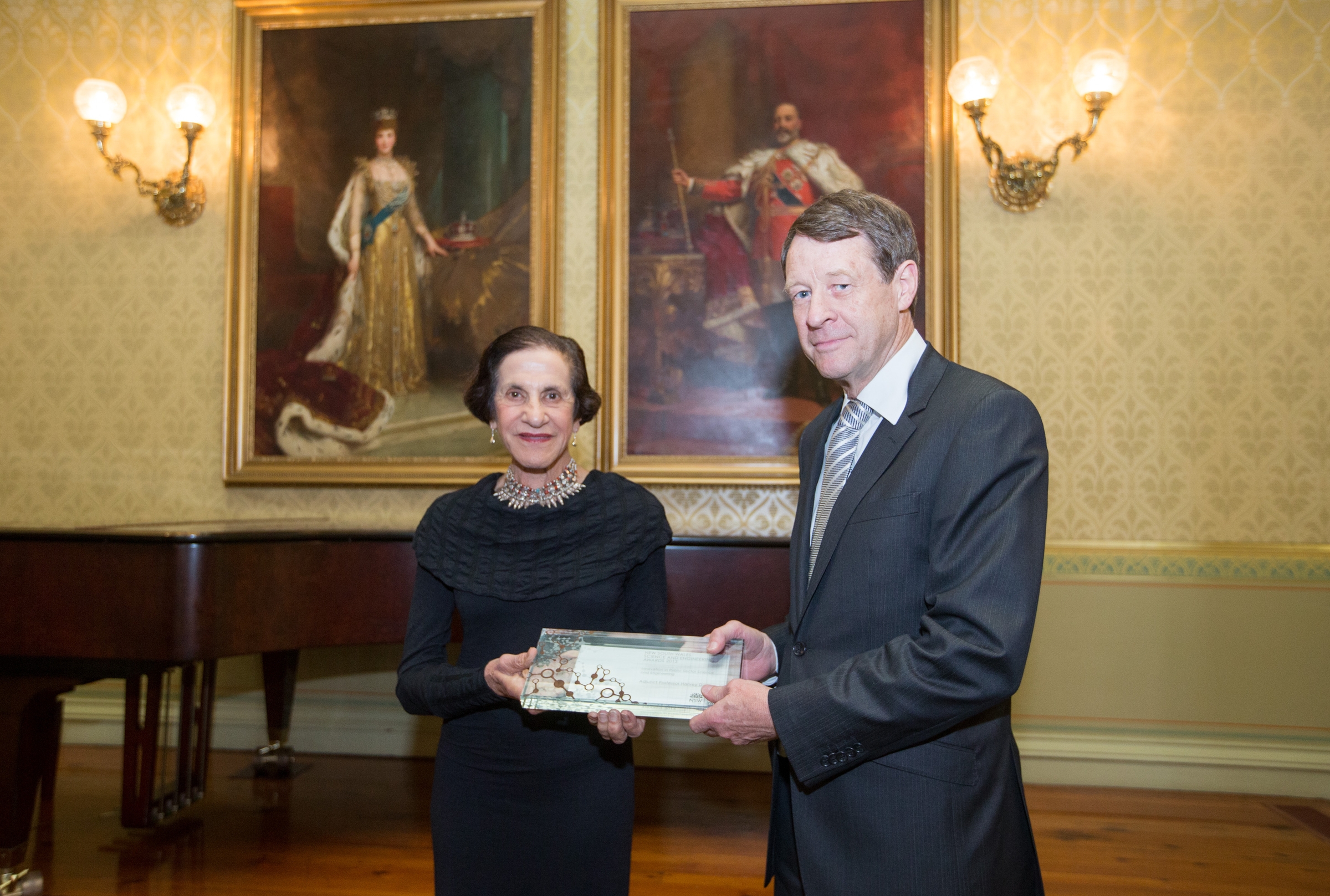 Adjunct Professor Harvey Dillon is recognised as one of the world's foremost authorities on hearing and hearing aid research, having made significant contributions to both hearing technologies and services internationally.

He has contributed to the development of improved hearing devices and better ways to make sure the user received maximum benefit.

He has also contributed to clinical services, developing tools that improve hearing assessment and timely remediation.

A dedicated and talented research professional, Harvey Dillon combined maths, science and engineering to deliver real innovations and results in the field of hearing health. 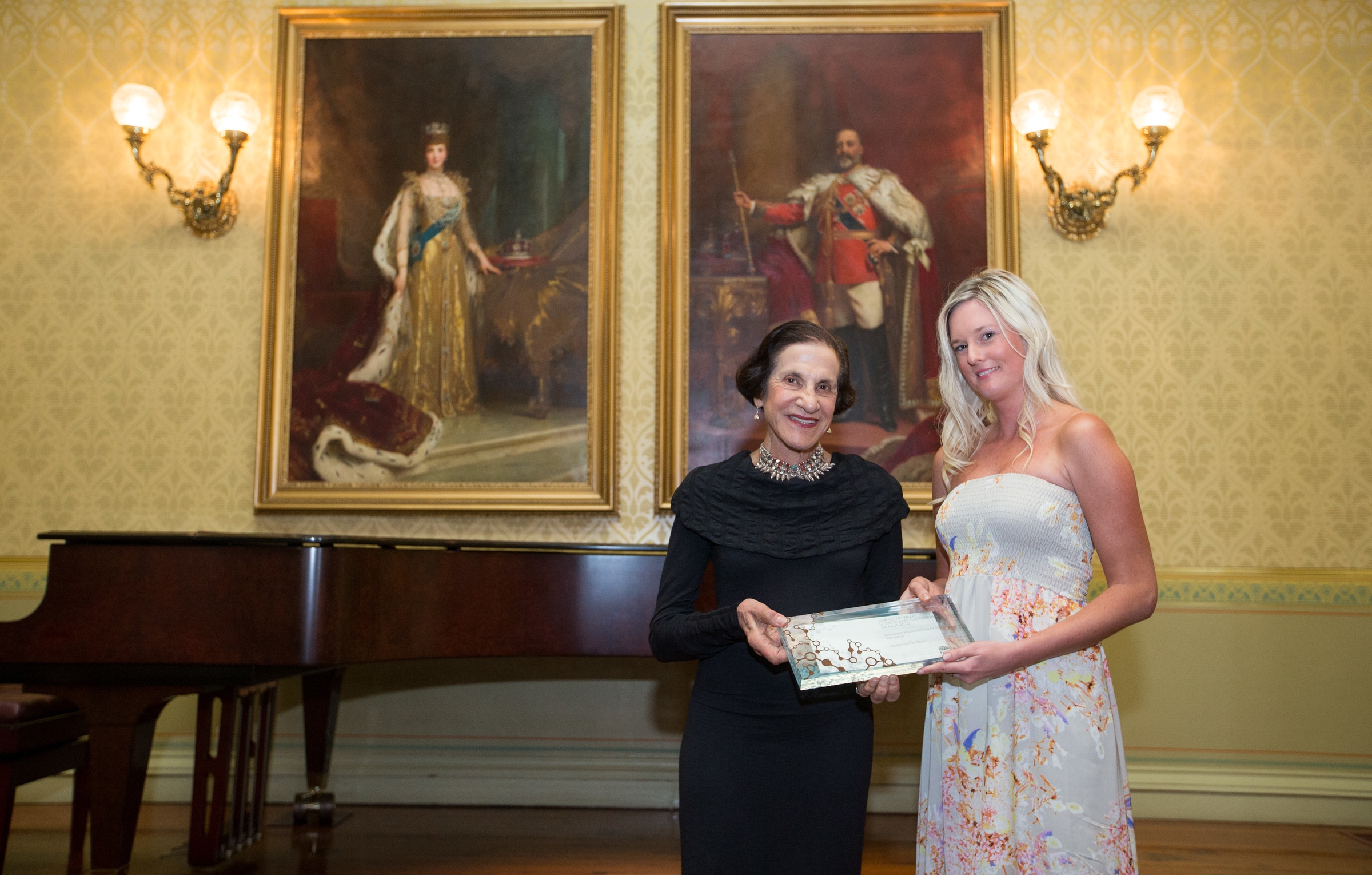 Innovation in Science and Mathematics Education

Nicolette Hilton, who is in her eighth year of teaching, has used open-ended, hands-on engaging learning activities to ingrain a passion for Science and Mathematics in her students.

Nicolette has provided her students with rich, curiosity-driven learning experiences through the implementation of extraordinary teaching programs. She has used her student's natural curiosity and fascination for Space and her own experiences, knowledge and skills, developed working with NASA scientists, to inform cross-curricular teaching programs immersed in contemporary Mars research.

Nicolette has not only developed and delivered her own inquiry-based programs but has shared them nationally and internationally with her teaching peers and educational leaders and experts.

Nicolette has worked with NASA developing learning activities and programs during their Spaceward Bound expeditions to the South Australian desert and at Zzyx, the Desert Research Centre in California.

She uses these programs, which involve hands-on learning and inquiry, to assist and engage students in grasping a variety of concepts in both Science and Mathematics.