Join a stargazing world-record attempt in Sydney; accompany geologists on a "Time Walk" in Newcastle; knit a neuron in Albury-Wodonga; or explore a bush-medicine trail in Armidale.

These are some of the hundreds of events planned for New South Wales during National Science Week, to be launched by NSW Chief Scientist & Engineer, Professor Mary O'Kane, at the Museum of Arts and Applied Science (MAAS) this evening.

Now in its 19th year, the annual celebration of science and technology runs from Saturday 15 to Sunday 23 August 2015.

It features a wide variety of exhibitions, presentations and activities at venues across the state, aimed at an equally diverse range of audiences – from children to adults and armchair science enthusiasts to academics.

Professor O'Kane will also officially open the inaugural Sydney Science Festival, which has been developed to consolidate and amplify the promotion of National Science Week events across the metropolitan area.

The activities and events aim to encourage an interest in science amongst the general public, particularly young people, and highlight the state's strengths in science, research and development.

Coordinated by MAAS, the Sydney Science Festival will run for the next 11 days.

The packed program will include talks by a number of world-renowned scientists – headlining a star-studded list are space scientist and BBC TV presenter, Dr Maggie Aderin-Pocock, and American astrophysicist, Dr Neil deGrasse Tyson.

There will be events and exhibitions across the city, including an interactive 'light painting' installation at Centennial Park; a 'Weird Food' dinner at Sydney TAFE Ultimo College; and a stargazing world-record attempt at the Sydney Observatory.

The family-friendly Australian Museum Science Festival will again instil a passion for exploration and discovery with an exciting program comprising hands-on workshops, science stage shows, exhibition stalls, roving scientists, live animals and more. The AMSF was opened by Professor O'Kane this morning, and thousands of school children are expected to visit the Museum during the two-week event.

Outside Sydney, too, there will be an array of entertaining and engaging experiences aimed at sparking community interest in science. Many of these events will be hosted by the NSW Regional Science Hubs. The Hubs – jointly funded by the Federal and State Governments under the Inspiring Australia strategy – have been established in 20 regional and rural communities across New South Wales.

Albury-Wodonga residents, for example, can knit a neuron (as part of a project to learn about brain health); in Armidale, there will be the launch of a Bush Food and Plant Trail; and Wollongong will pay homage to Australian astronomer Lawrence Hargrave with a 1900s-themed garden party.

And CSIRO will send 10 NSW Federal MPs back to school tomorrow (Friday 14 August) as part of an innovative National Science Week initiative that will see STEM (science, technology, engineering and mathematics) professionals from research institutions and industry visit hundreds of schools around the country.  The day's events are organised through CSIRO's Scientists and Mathematicians in Schools (SMiS) program, and activities will be held to educate, inform and get students excited about STEM-related learning.

Federal Minister for Industry and Science, The Hon Ian Macfarlane MP, said National Science Week remains an important initiative to extend the reach of science and research into our community.

"The Australian Government's successful partnership with the states and territories through the Inspiring Australia initiative continues to be a catalyst for linking scientists into households, workplaces and schools," Mr Macfarlane said.

"I commend the efforts of the huge number of volunteers who are using the opportunity of National Science Week to educate people of all ages about the important work our researchers do and why it matters, both in our day-to-day lives and in building an even stronger Australian economy."

Professor O'Kane encouraged everyone to get involved.

"National Science Week gets bigger, better and brighter every year, which is only fitting considering the integral role science, technology, mathematics and engineering plays in our everyday lives," Professor O'Kane said.

"There are a myriad of informative and entertaining events to be held over the next week designed to celebrate science and all those who work in the field – and hopefully inspire younger Australians to think about studying maths or science, or even consider a career in science or engineering.

"I encourage everyone to get involved; you will not only learn some fascinating scientific facts, but have a tremendous amount of fun along the way," Professor O'Kane said. 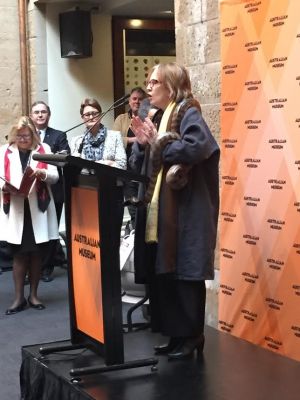